“Guatemala: The Place of Blessing and Hope” 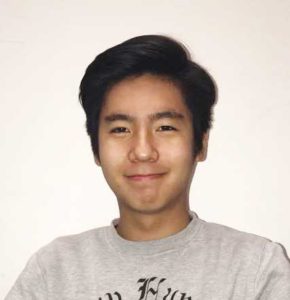 “Guatemala: The Place of Blessing and Hope”

"I will make them and the places around My hill a blessing And I will cause showers to come down in their season; they will be showers of blessing.” Ezekiel 34:26. Guatemala is a place of blessing and hope; hundreds of people lined up outside in the pouring rain to receive eye checkups, and it was us, the Vision Care Team, that needed to become God’s instrument and bless these people hope of assurance and new vision. 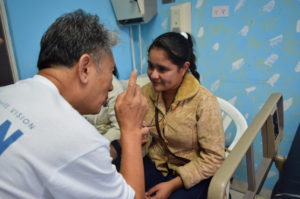 Majority of Guatemalans call themselves Catholics although they’ve only been to church once or twice in their entire lives. Thus, these so called Catholics haven’t accepted Jesus or know about him or his words. One biggest blessing I had witnessed during my trip was this little girl who accepted Christ. When we did her eye check-up, everything in the chart showed that she was normal; but she’s been saying that her vision is blurry and fogged up. Since it was medically impossible for her eyes to be blurry, unless there was a psychological damage that is connected to her brain, we decided to pray for her instead. She told us that she was not a faithful Catholic and was not familiar with God at all. Then one of the volunteers from Young Nak church started to pray for her; she broke into tears. After 30 minutes of prayer, she wept and said her vision had gotten better. Our volunteer gave her this wooden cross necklace and she held onto it for a long time. Before our volunteer gave her the last hug, he had asked her: “Do you accept Jesus Christ as your Lord and Savior?” She answered with her trembling voice filled with joy: “Yes.” 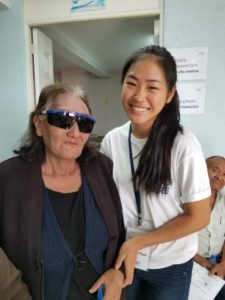 Elizabeth was one of many patients that we gave surgeries to. When Elizabeth first arrived at our camp, she was blind in both eyes. Her both eyes had gone blind for 25 years and her right eye was in the almost worst condition. The cataracts fogged her eyes up and we were lucky to have met her before it was worse. We were able to perform a surgeries so she can at least see from her right eye.

We met Elizabeth again during the post-op day. We removed her eye patch and asked her to open her eyes; and when she did, she broke down in tears. When she started crying, we were all shocked and scared at the same time. Team leaders, doctors, optometrists, and volunteers gathered around Elizabeth assuring her that everything will be fine. While crying, she didn’t say a word but just cried as if something unbelievable had happened to her. The Vision Care Team was afraid that they had performed a malpractice. Optometrists were talking to the doctors what could’ve gotten wrong and volunteers and our team leader was  She kept crying and crying and she finally said “I could see again.”

There’s a story of a hopeful farmer, father, and husband who lost his vision. Before he had developed cataracts, he was a hard working father and husband who had to feed family of six. As he rapidly developed cataracts in his left eye, his work slowed down. One scorching hot day in the farm, he had fainted as his eyes blurred and gave up on him. After he woke up, sadness and despair had overwhelmed him. He worried about his wife and kids who had all relied on him. As working in the farm got more difficult every day, his depression had gotten worse. He had been blind in one eye for 6 months before the Vision Care team held our 249th camp in Guatemala, and luckily we were able to restore his eyesight before it became permanent. Before he went into surgery, we assured his hope of being able to work again and feed his family. Before he went into the surgery room, he held my hands, looked into my eyes with his teary right eye, and said “God bless you.”