Guatemala camp “I could see that joy.” 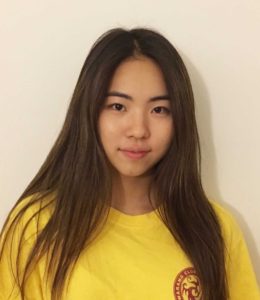 My first impression of Guatemala was shock. Security guards were holding guns in front of Burger King. Streets that looked like Korea in the 1980’s were filled with homeless. Many people were taking old, and colorful buses, which I learned later were less expensive but very dangerous. I forgot all the excitement from airplane and I started to get scared. One of the adults volunteers told me that many people had died in Guatemala City a few weeks ago. But, even though I was worried about dangerous situations, I do not regret going. I couldn't forget that the purpose of going to Guatemala was helping people who struggled with their lives.

The hospital was so quiet and dark when we first got there, but when we filled with all the tools and medical machines, soon the hospital became loud and filled with love and hope. Everyone was so cheerful and smiling all the time while we worked. I felt so lucky that I could work with such amazing people. People were starting to come into the hospital and LEO members and I were separated into each section of the hospital. From 8am to 6pm, all the volunteers worked so hard and fully participated in hospital work. We couldn't even talk or anything because the so many patients, almost 300 people per day, came from many different areas. Some people were coming from so far away that it took them 6-7 hours by walking. The lines were so long so we couldn't even count the number of people waiting. I mostly worked on the second floor, where doctors and volunteers examine the patients by machines. I was working with an ARK machine that checked the eye condition. I thought my Spanish 2 class would not help me at all in my entire life, but I actually could communicate in Spanish with patients with those simple words that I learned. There was one old woman who hold my hands for 30 minutes. She smiled all the time and she told me “thank you.” All the doctors and volunteers wore the same shirts, so she might have thought that I was one of the doctors who fixed her eyes. However, I just couldn’t let her hands go because I felt like I was holding my grandmother’s hands. She holds my hands tightly and I could feel the warmest and deepest love in the world.

On Friday, when checked the last patient, I was happy and sad at the same time. Even though we had hard and tough time through the 5 days while we checked and examined patients, the result was that some people could see their family for the first time, some people could see the beautiful sky, and some people could read books again. This Guatemala trip influenced me so much and it motivated me to study hard. Surprisingly, I started to thinking about the medical field after this trip because I saw so many doctors and nurses who worked so hard and patiently for each patient. From typical K-Dramas, I thought doctors were pretty cool but I did not want to be them because they seemed as if they don't have their personal lives. However, from Guatemala, what I saw was different. Everyone was working and having fun at the same time. They were so happy while they were checking up the patients. I could see that joy. If I have a chance next time, I will give it someone who is willing to work hard so they can learn something precious like I did. I won't forget this amazing trip in my life. 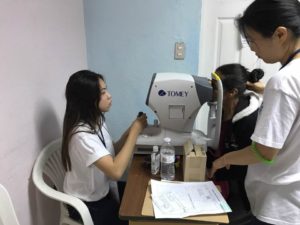